Skip to content
by adminPosted onNovember 26, 2021
Spread the love 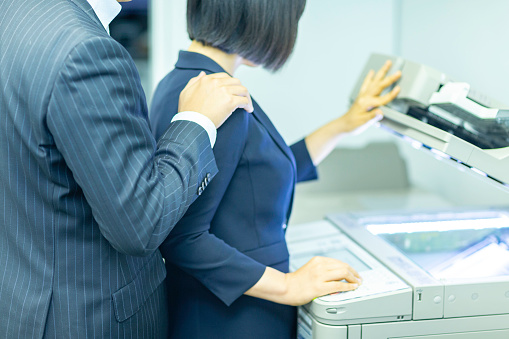 Recognize the variety of sexual harassment in the office so that mommies can realize that they are victims. There’s no other way to deal with it than OPPONENT!

This abuse includes touches, hugs, or kisses we don’t want. Like there, yes, colleagues whose hands are very friendly, touch there, touch here, even though we have shown discomfort. This touch is also not only in private areas such as breasts, or vitals. Touch on the waist, shoulders, hair, can also be categorized as sexual harassment if the touch is not desired.

Actually this is included in the abuse involving physical, anyway. It is usually accompanied by compulsion. If the victim resists, he will be even harder to impose his will. For example, such as KPI employees who are stripped naked and scribbled on the testicles, it has been done involving physical, using violence as well.

This type of abuse, tuh, sometimes like not to be realized by the victim. Because it could be just wrapped in suggestive comments or just a joke. The comments and jokes are sexual. There are also sexual insults or taunts. Questions raised and related to sexually can also be categorized as verbal abuse, especially as long as we do not like, uncomfortable, and feel insulted.

Have a colleague who likes to send pornographic pictures via whatsapp? Yes, it can also be categorized as sexual harassment in the office. Including images sent via email, social media inbox, to comments of a sexual nature in the comments field of our posts. Colleagues who are just joking and idly install screensavers on our computers with sexually explicit images can also be categorized as sexual harassment, yes.

Quid pro quo is actually a Latin term, which means giving something to someone in the hope of a reward. Well, this quid pro quo sexual harassment is indeed most common in the workplace. Most cases are also encountered between superiors and subordinates. Even if a colleague can do it, too. An easy example is this, when an employee must comply with his superior’s sexual request to move up the position, then the incident can be categorized in quid pro quo harassment. Have you ever seen the movie Bombshell? Remember the character played by Margot Robbie having to give up his honor for his boss, for the sake of the news anchor position he craved? Yes, that’s the quid pro quo.

FYI, yes, mommies, it turns out that most people who harass others, as well as do itin a sadar or unconscious way,are basically to expressdominance or power. There’s nothing we can do but fight. Sexual abusers in the office, as well as sexual abuse anywhere must be reported and acted on, so as not to cause many other victims. Come on, be a brave individual. Share in the comments field, yes, if after mommies read the type of harassment above, mommies only realize that they have experienced sexual harassment in the office.