Skip to content
by adminPosted onJanuary 14, 2022
Spread the love

In a reasonable portion, alcoholic beverages such as wine have the potential to bring health benefits. However, this does not mean you can overdo it because anything in excess can be harmful. Well, the same principle applies to liquor and alcohol. Actually, what is the danger of alcohol to the body if consumed in excess?

Various dangers of alcohol that affect the body 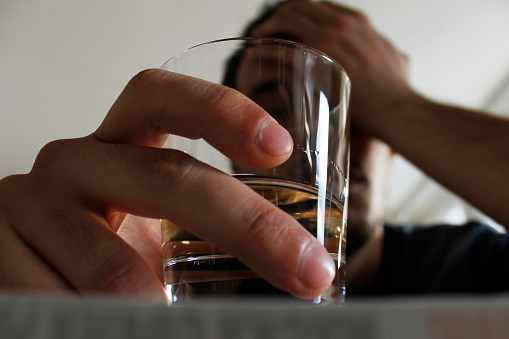 Momentarily, alcohol may have a calming effect. However, alcohol can also make you addicted. Dependence can have a serious impact on both your physical and mental health in the future. Here are the dangers that lurk alcoholics.

Excessive alcohol consumption can weaken the heart muscle. As a result, blood flow throughout the body is disrupted.

Alcohol can cause cardiomyopathy , which is characterized by shortness of breath, irregular heartbeat (arrhythmia), fatigue, and persistent coughing. Not only that, alcohol can also increase the risk of heart attack, stroke, and hypertension.

2. Inflammation of the pancreas (pancreatitis)

Too much alcohol in the body makes the pancreas experience a buildup of enzymes. The buildup of excess enzymes in the pancreas can eventually cause inflammation or what is known as pancreatitis.

Acute pancreatitis is usually characterized by various symptoms such as abdominal pain, nausea, vomiting, increased heart rate, diarrhea, and fever. If left unchecked and the habit of drinking alcohol is not stopped, it is not impossible for your life to be threatened.

Alcohol can cause brain damage by slowing the transmission of information between nerves. In addition, the ethanol content in drinking alcoholic beverages can also cause specific damage to several areas of the brain.

As a result, you will experience a series of symptoms such as changes in behavior and mood, anxiety, memory loss, to seizures. In fact, people who have been addicted to alcohol can experience various complications of brain problems, one of which is hallucinations.

When you are addicted to alcohol, your immune system can slowly weaken. As a result, several organs of the body, including the lungs, will find it difficult to fight bacteria and viruses that cause disease.

That’s why alcoholics (alcoholism) are more susceptible to respiratory infections such as tuberculosis and pneumonia . 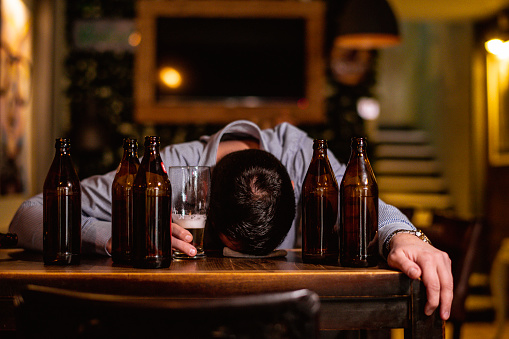 The liver functions to filter toxins and unused waste so that they do not accumulate in the body. However, excessive consumption of liquor can slow down the work of the liver, causing liver problems.

The diuretic effect of alcohol can increase the amount of urine the body produces. As a result, the kidneys have difficulty regulating the flow of urine and body fluids, including the distribution of sodium, potassium, and chloride ions throughout the body.

This condition can disrupt the electrolyte balance in the body which causes you to become dehydrated.

Drinking alcohol may be an escape to help a person feel more comfortable. Unfortunately this effect only lasts a short time. As already mentioned, the relaxing effect that appears after drinking alcohol quickly wears off.

As a result, he will continue to rely on alcohol to help mask his anxiety and then increase his alcohol tolerance and need to drink more to feel the same effects. However, without realizing the hangover effect will actually make anxiety symptoms worse.

8. There is a desire to hurt yourself

Alcohol dependence can encourage a person to behave impulsively, leading to dangerous actions such as self-harm and even suicide.

Extreme drinking can also lead to psychosis, a chronic mental illness in which the sufferer can’t tell the difference between hallucinations and reality.

People who experience psychosis often believe that they are in a dangerous situation. Usually this happens when the addict suddenly stops drinking alcohol.

According to the National Cancer Institute, high alcohol consumption and long-term risk of causing several types of cancer such as head and neck cancer, including cancer of the oral cavity, pharynx and larynx, and esophageal cancer, especially esophageal squamous cell carcinoma.

People who lack an enzyme that can help metabolize alcohol are known to substantially increase their risk of esophageal squamous cell carcinoma if they consume alcohol.

Women who drink about approx. alcohol per day have a 5-9% higher chance of developing breast cancer than women who don’t drink at all.

10. Disorders of pregnancy and childbirth

These conditions are disorders of fetal growth restriction, disorders of the central nervous system, and facial deformities. Not a few also have babies born with defects and intelligence disorders in babies such as language and other aspects due to alcohol consumption during pregnancy.

Alcohol can increase hepcidin in pregnant women and fetuses. The increased storage of iron in the fetal liver can interfere with other processes such as the formation of blood cells.

An alcoholic is less likely to prioritize nutrition. This poor diet allows iron, folate, and vitamin B12 deficiencies to occur which can cause anemia

Preventing the dangers of alcohol addiction

It’s not easy to break a habit that has been going on for a long time, especially if you are already very dependent on its consumption.

However, it’s certainly better if you try to reduce or overcome alcohol addiction before harm happens to you.

You can ask for help from a psychologist or psychiatrist to help deal with your condition. Some of the treatments provided may include individual counseling, cognitive behavioral therapy, and detoxification to rid the body of substances contained in alcohol.

If necessary, you may also be given drugs such as disulfiram or naltrexone which can help reduce the desire to drink alcohol.

If alcohol has an effect on physical health, you should also immediately check your condition with the relevant doctor.

Treatment options for alcoholism depend on the severity. Therefore, do not hesitate to check your condition and seek help from a doctor.